There was great joy and celebration (and a fancy double-layered marzipan cake) when the Katrin Kleijnhans Quality Award was given to the Hospital Secretary, Samantha du Plessis, at Louis Leipoldt Hospital.

Theresa Wilson, Manager of the hospital, said that if anyone deserved the award it was Samantha who “worked late at night” to accommodate the COHSASA accreditation process and worked on so many aspects of the quality improvement process.

The award, the Katrin Kleijnhans Quality Trophy is awarded to an individual, a unit, a department or a discipline in a healthcare facility that has made the most impressive or substantial contribution to quality improvement during the COHSASA accreditation process. The recipient is not selected by COHSASA but is chosen by the appropriate authority at the healthcare facility.

The trophy honours the memory of COHSASA colleague, Dr Katrin Kleijnhans, who died in September 2016 after a long illness. It is intended that the trophy carry forward her legacy and commemorate the enormous contribution that Dr Kleijnhans made to improving the quality of health care.

After its initial presentation, it is hoped that the trophy will become an annual internal floating trophy, given to a deserving recipient at the facility.

Louis Leipoldt hospital has been accredited by COHSASA six times and their latest award conferred in August 2019 was a four-year full accreditation award. This signals that the hospital has institutionalised the process of quality improvement. 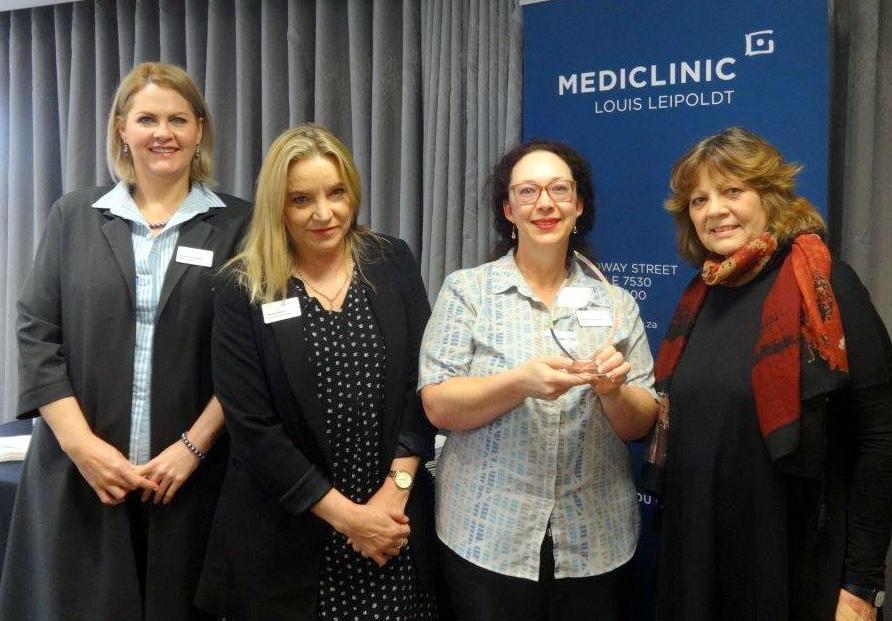